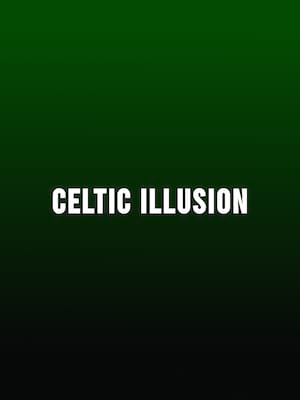 Their rhythmical performance left me buzzing

A coming together of magical illusion and celtic dance

Following sell-out tours across Australia, the mind-blowing stage show Celtic Illusion comes to Canada for a run of performances in Spring 2020. The unique event brings a fusion of grand magical illusions mixed with traditional Irish dance, contemporary dance and electrifying production values - an incredible experience not to be missed.

Led by acclaimed Australian dancer and choreographer Anthony Street (Lord of the Dance), Celtic Illusion's formidable cast also includes performers from global sensation Riverdance, among others. The outstanding soundtrack was created by a team which includes arranger and producer Steve Skinner (Stevie Wonder, Celine Dion) and Angela Little, previously nominated for 'Best Original Score' at the AFI Awards for her work on the film Australia.

The show was entertaining enough. The illusions magnificent. The singing... more

Dancing was great, more dancers would have been better. Didn’t see the... more

Sound good to you? Share this page on social media and let your friends know about Celtic Illusion at Burton Cummings Theatre.