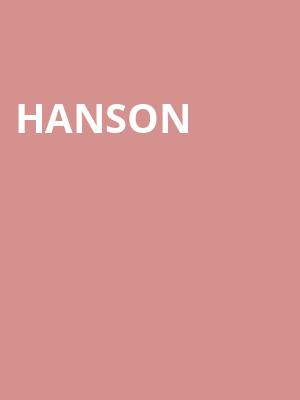 From Mmmbop and beyond, the Tulsan trio's stars still shine bright!

It may be over two decades since the fresh-faced Hanson trio shot to international stardom with their debut album, Middle of Nowhere, but the three brothers from Tulsa are still riding that wave of fame all the way in their adulthood - and beyond. Today the band can be found releasing material on their own label, and continuing to tour around the world bringing new songs and classics from the 90s hey-days to adoring fans.

Formed by brothers Isaac, Zac and Taylor - the trio are best known for their 1997 hit track 'MMMBop', which earned the trio three Grammy nominations. In 2007 the group welcomed supporting members, Dimitrius and Andrew who have toured with the band since.

Sound good to you? Share this page on social media and let your friends know about Hanson at Park Theatre.