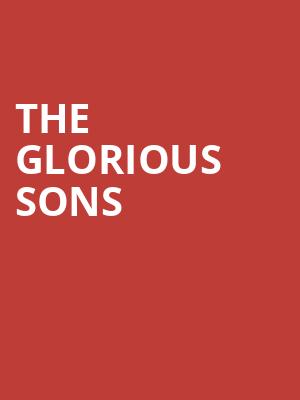 I'm on record saying The Glorious Sons are on of the best rock bands of this century.

Why See The Glorious Sons?

The Glorious Sons hit the road

Hard rocking Canadian quintet The Glorious Sons burst out of Kingston, Ontario with a vengeance in 2011, winning over legions of ardent fans with their heady blend of rootsy alt-pop and blue-collar trad rock. Their no frills, hard-hitting musical style has evolved over the years, culminating in the critically acclaimed release of 2017's 'Young Beauties and Fools' and their most recent album 'A War On Everything'. Now ready to rock again, the group are hitting the road on tour!

Known for high-octane concerts that are every bit as relentless as their records, The Glorious Sons have honed a finely tuned live show after almost a decade of constant touring. Frontman Brett Eamon's vocal howl and mean harmonica skills soar amidst the band's trademark five-part vocal harmonies, pounding rhythms, gritty blues-tinged riffs and anthemic choruses. Rock and roll ain't dead, and these brave revivalists prove it with every raucous note.

I am head over heals with The Glorious Sons. I saw them open for The Struts... more

While The Glorious Sons are undoubtedly an amazing live band overflowing... more

Sound good to you? Share this page on social media and let your friends know about The Glorious Sons at MTS Centre.