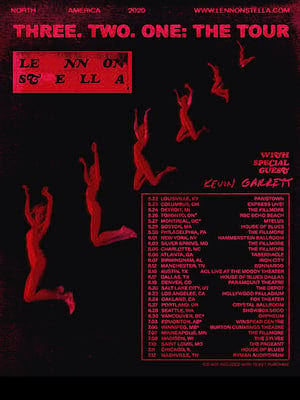 Aged just 19, Lennon Stella is already one of the most successful and talked about artists of our generation

Lennon Stella first stepped into the public eye when she was just 12 years old on ABC's popular television show Nashville. Today, Lennon has made waves for herself as a singer to watch and will go into 2020 with a series of live dates in support of her new record Three. Two. One. with support from Kevin Garrett.

Stella's musical talent first gained much acclaim after singing covers with her sister Maisy Stella. The family duo covered singer Robyn's 'Call your Girlfriend' which went viral and was followed by a spectacular performance covering The Lumineers' 'Ho Hey.'

Going solo, Stella recently signed her first record deal and is ready to share her music with the world in the form of this exciting new record!

She is amazing and the voice is beautiful!!! Thank God she is playing in... more

Sound good to you? Share this page on social media and let your friends know about Lennon Stella at Burton Cummings Theatre.