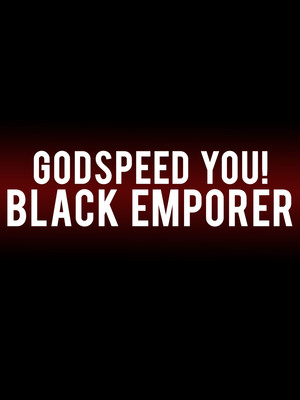 Godspeed You! Black Emperor take their latest album on the road!

Why See Godspeed You Black Emperor!?

Formed in 1994 in Montreal, Canada, the band has been highly influential within the post-rock genre. Working with orchestrated arrangements, the nine-piece group created tracks with wide dynamic ranges, a highly evocative use of instrumentation and sounds and uncompromising long form compositions...

This year sees the band head out on tour in support of their latest album, the new album is said to contain more melodic and positive sounding music than what Godspeed You! Black Emperor usually produce.

Expect to hear tracks 'Anthem For No State' and 'Bosses Hang' if you get the chance to see this incredible band when they come to a city near you!

Seen Godspeed You Black Emperor!? Loved it? Hated it?

Sound good to you? Share this page on social media and let your friends know about Godspeed You Black Emperor! at Burton Cummings Theatre.